﻿ABOUT THIS COLLECTIBLE FIGURE

The life of this world is resurrected.

From the popular adventure game "Okami" comes a Nendoroid of Amaterasu, featuring all kinds of optional parts from the game. The Nendoroid has been recreated under the supervision of character designer Kenichiro Yoshimura.

Both a gallant standard expression face part and a charming open-mouthed expression face part are included. Optional parts include Amaterasu's traveling companion Issun and the Reflector Divine Retribution used for fighting demons. The DX Nendoroid also comes with the Glaive Tsumugari, the Devout Beads Rosary and the Oddly Shaped Turnip.

Now, set out on your journey to restore life to the world with Nendoroid Amaterasu! 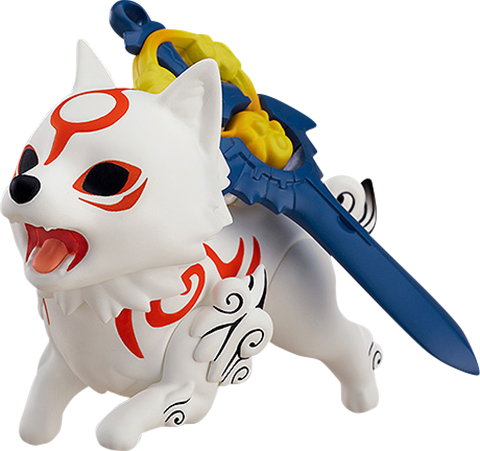