On his command! Sideshow is proud to present the Captain America Premium Format™ Figure.

The Captain America Premium Format Figure measures 21” tall on top of a SHIELD Helicarrier platform, with a discarded Ultron Sentry arm littering the base beneath his red combat boots. Cap’s iconic shield is raised and battle-worn while he takes a stand against Ultron and his armies.

Captain America has a sculpted portrait inspired by his comic book appearance, wearing a blue helmet with slight battle damages. His white helmet wings and traditional ‘A’ are inset in the helmet’s sleek design as Captain America looks on with stern determination.

Captain America’s uniform has classic red, white, and blue details, with an upgraded aesthetic featuring tactical armor for the patriotic Avenger. This polyresin figure has an entirely sculpted costume detailed with intricate textures and piping to simulate a difference in materials. His chest bears a star symbol, and armor straps across his shoulders add a second star to the super soldier’s uniform. Black accents and a brown sculpted utility belt enhance the hero’s famous look. 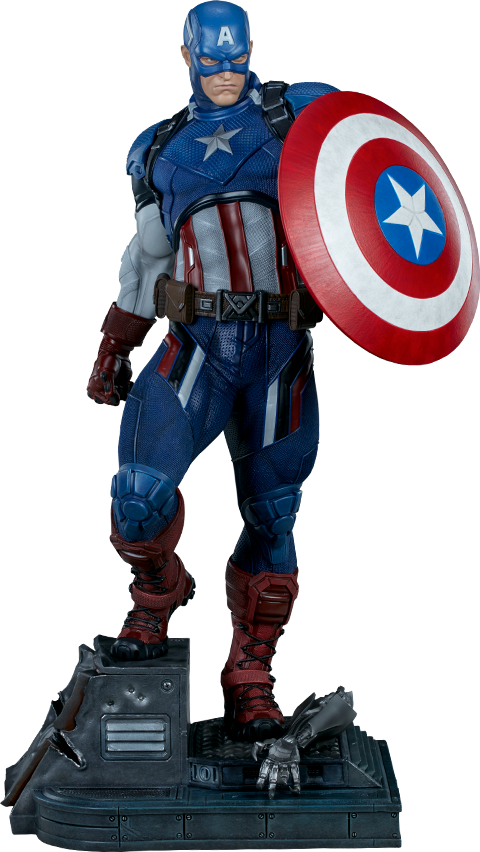