A fierce fighter and a loyal soldier, Guile will stop at nothing to take down Shadaloo, the mysterious organization responsible for the disappearance of his close friend and mentor, Charlie Nash.

Guile’s search for his friend led him to uncover more of Shadaloo’s dark dealings and introduced to him a number of unlikely allies from around the globe. He has been a mainstay in the Street Fighter series since his debut in 1991 and was an easy choice for the next piece in Pop Culture Shock’s Ultimate line of 1:4 scale Street Fighter statues. 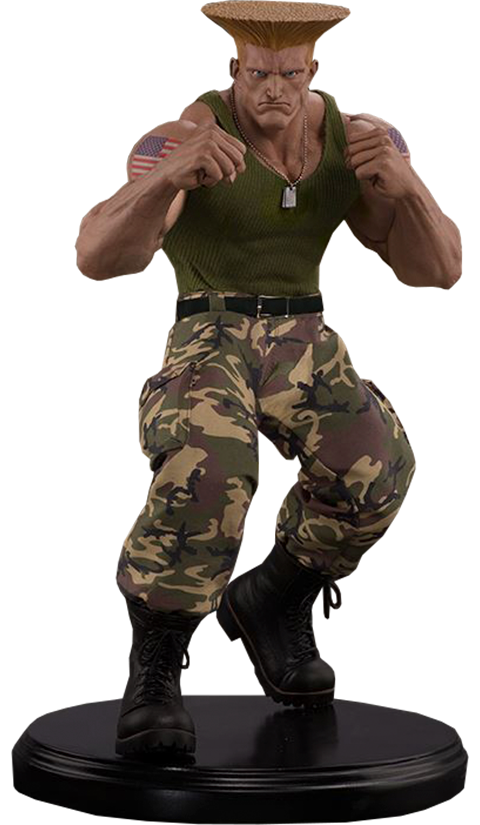