ABOUT THIS DESIGNER TOY

For this first Designer Toy project, PureArts chose to collaborate with Daytoner. With shared passion and his skills and talent Master 9 Eyes was brought to life.

The production process of the Master 9 Eyes is about passion and creativity, from the concept design to 3D printing.

His opponents usually underestimated him due to his chunky appearance... but he always had a better stance. There are rumors about the ninth eye. Some say it’s his MK II combat sensor others say it’s instinct. 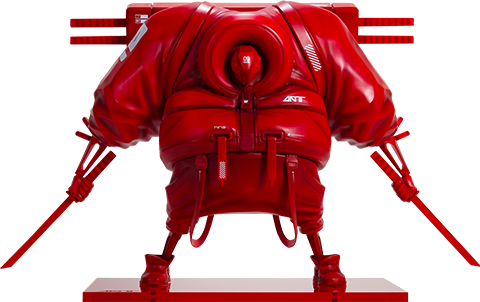