Like the Aztec God of Death for which he's named, Urban Aztec's Mictlan has returned from the underworld to delight and terrify! This limited edition designer toy Unruly variant paint scheme is blacklight reactive, so you can pay homage to this immortal in his unearthly glow.

Artist Statement: This piece honors the Aztec God of Death Mictlantecuhtli. Carrying the Skull Serpent staff, he presides over the souls of the underworld. Originally released in 2010, Mictlan returns with a new variant produced by Unruly Industries.

About the Artist:Jesse Hernandez (@UrbanAztec) is a visual artist born and raised in the San Francisco Bay area, most widely recognized for his street art murals, vinyl toys, and diverse Illustration work. His style is known as Urban Aztec, a combination of graffiti and ancient indigenous culture. Hernandez’s artwork has been featured by Warner Bros., the San Jose Sharks, the Oakland Museum, Rockstar energy drink, Rolling Stone magazine, Fandango, Juxtapoz, Gears of War 4, X-Box, Playstation, Run the Jewels, Oakland Athletics, and the Cosmopolitan Las Vegas. Hernandez has shown art in galleries and museums around the world. He has also painted murals in Oakland, San Francisco, Los Angeles, Mexico City and Amsterdam. 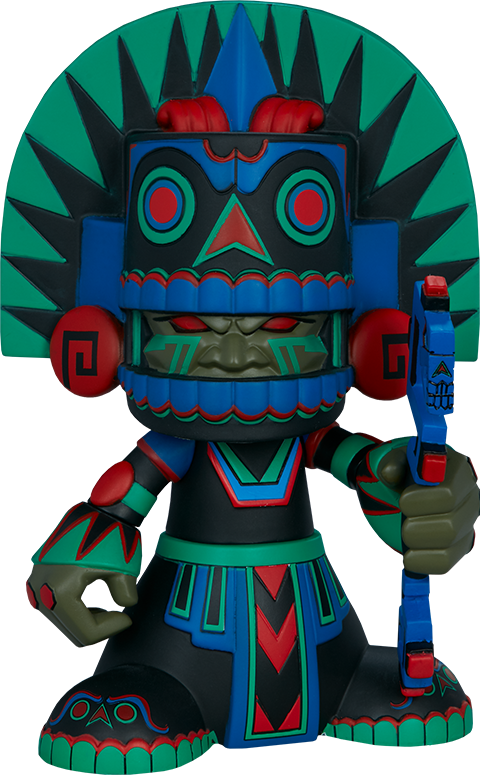