ABOUT THIS COLLECTIBLE SET

Ryu is the only character to appear in every Street Fighter game and every crossover. Capcom’s unofficial mascot and ambassador for other media. The irrefutable star of the #1 fighting game in history. Pop Culture Shock Collectibles is proud to present their very first 1:3 scale statue of Ryu, one of the most recognizable and beloved characters in all of gaming.

Included in the Ryu Evolution set is Ryu in his three most indelible looks. Classic Ryu, the attire that’s become identifiable worldwide over the last three decades. Battle Ryu, his hardened, more mature Street Fighter V variant. And Evil Ryu, infected by the Satsui no Hado in an attempt to master the darker aspects of the fighting arts. Each statue will measure a towering 29-inches tall. 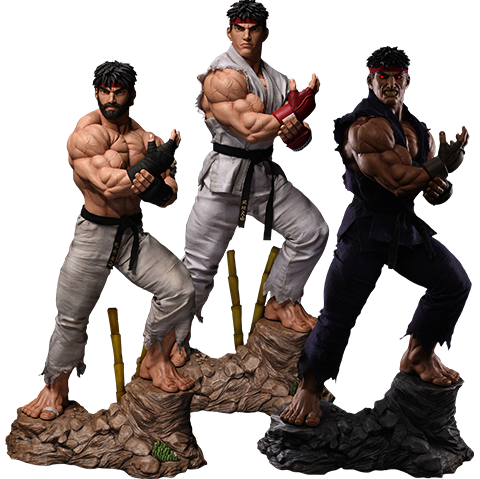