The wall-crawler is back! For this first time in Spider-Man cinematic history, our friendly neighborhood hero’s identity is revealed, bringing his superhero responsibilities into conflict with his normal life and putting those he cares about most at risk.

Bringing excitement to the release of Spider-Man: No Way Home movie, Sideshow and Hot Toys are presenting the Spider-Man (Battling Version) Movie Promo Edition Sixth Scale Collectible Figure with impressive battle damaged and weathering paint applications, that depicts the young wall-crawler holding The Box taken from Doctor Strange as seen from the official trailer. This amazing Marvel figure will be available in selected markets only!

This special Spider-Man collectible is a must-have display for any Spider-fan! 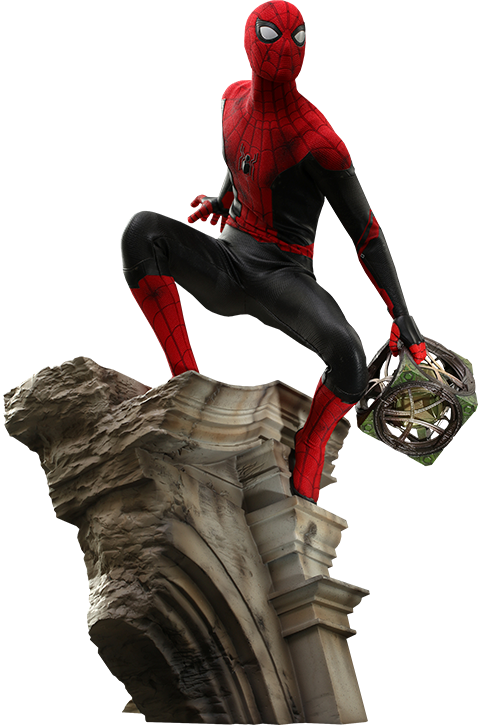