The enigmatic character stands on a base of a battleground, wielding a short sword in his right hand along with his characteristic shield in his left forearm. Wearing a combat uniform in the same colors as his traditional comic book apparel, his identity and goals are a great mystery. His appearance is faithfully portrayed in this new "Taskmaster BDS Art Scale 1:10 - Black Widow - Iron Studios" statue.

Created in the Marvel comics by the brilliant David Michelinie and the iconic George Pérez in 1980, Taskmaster is a mercenary with an excellent photographic memory that allows him to imitate any fighting style due to his short- and long-term memory. He can replicate Captain America's abilities with his shield, Hawkeye's archery, among other skills of several heroes, managing to anticipate the moves during combat to defeat his opponents. As a mercenary, he often works as a combat instructor, training other villains' henchmen by teaching them the techniques he learned from watching various superheroes.

In the Black Widow movie, after the events that occurred in Captain America: Civil War (2016), the avenger Natasha Romanoff finds herself on a forced flight and must face a dangerous conspiracy closely tied to her past. She will meet allies like The Red Guardian and Yelena Belova, other figures that will compose this series of statues from Iron Studios, and face the dangerous Taskmaster. 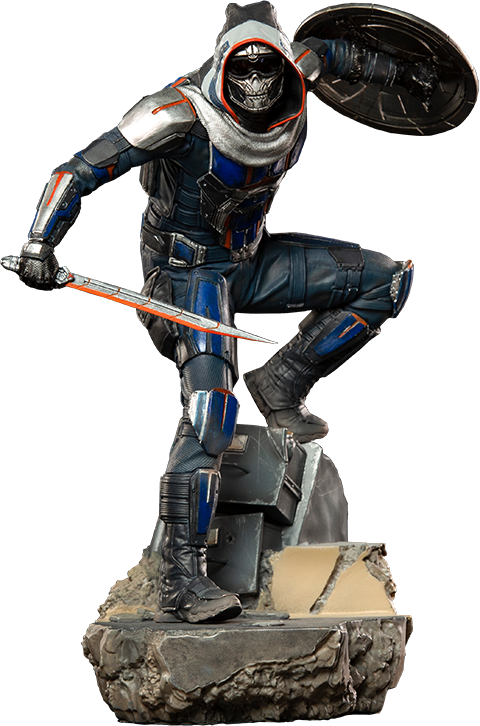