As the moon rises to the highest part of the night sky, A red shadow leaps up and catches the ghost hiding in the dark cover of the house...

Let's unveil the ghost：it's Jerry dressed up in a glowing cowl trying to do some tricks. But unluckily he is spotted by Tom. Just look at his frightened face! With pointy horns on the top of his head and red paint over his body, Tom crafts himself a devil's look for this special night! Laugh and scream together with Tom & Jerry TONIGHT!

*The luminescent effect is applied to Jerry’s Ghost Cowl so it can glow in the dark! 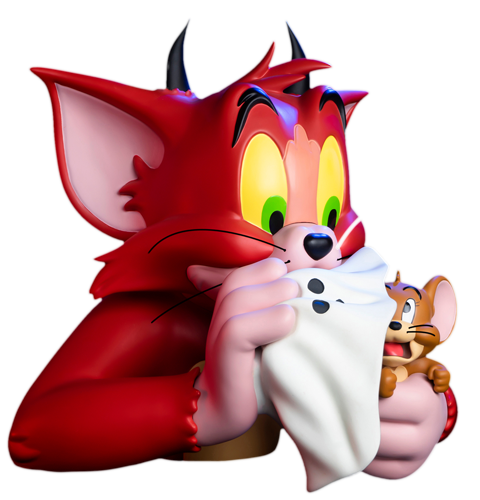