ABOUT THIS COLLECTIBLE FIGURE

After falling victim to Deathsaurus's Living-Metal-Destroying Cannon, Ginrai was left in an immobile state. Desiring to be of use, he insisted on undergoing an experiential procedure that would enable Ginrai to become a power-up to Star Saber. He underwent the process and became "Victory Leo" finally!  After combined with Star Saber, Victory Saber will be the final combined form! It is a fully articulated figure with over 120 articulated positions!  Super-poseable with diecast parts for solidity and heaviness!  LED lighting effect on eyes and mouth! 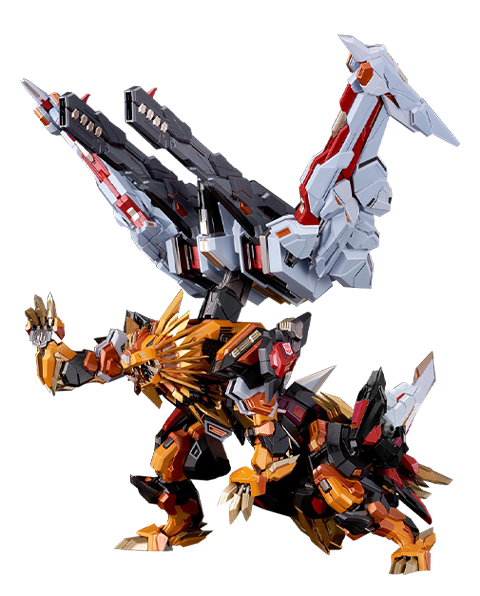